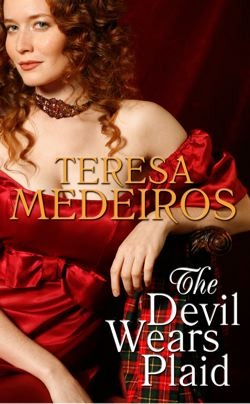 ISBN: 9781439157886
Pages: 407
Description: Passion sparks in USA Today and New York Times bestselling author Teresa Medeiros’s irresistibly tempting new romance after a sexy Highlander kidnaps his rival’s spirited English bride Emmaline Marlowe is about to wed the extremely powerful laird of the Hepburn clan to save her father from debtor’s prison when ruffian Jamie Sinclair bursts into the abbey on a magnificent black horse and abducts her in one strong swoop. Though he is Hepburn’s sworn enemy, Emma’s mysterious captor is everything her bridegroom is not: handsome, virile, dangerous . . . and a perilous temptation for her yearning heart.