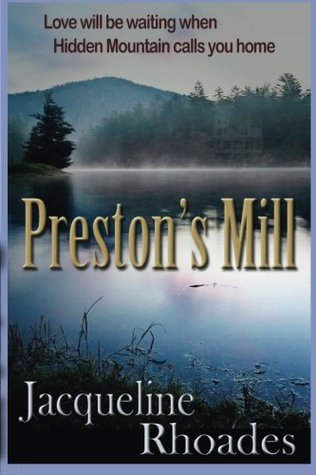 ISBN: 9781494909697
Pages: 364
Description: When her disastrous marriage ends in the most humiliating way, Meg Hanson doesn’t know what to do or who to turn to. Unhappy with her life as it was and unwilling to become what her mother and sister envision, she retreats to the little Appalachian town of Prestons Mill, the place where her father was raised. Meg has promised herself six months away from the influences of home to find out who she is and what she really wants out of life.

Her Great Aunt Annie doesn’t hold with such nonsense, but she does believe that good food, hard work and fresh country air have the power to heal the soul and she sees in Meg a soul that belongs to the mountain.

Coming from wealth and privilege, Meg isn’t sure at first what to make of a place where much of your wardrobe comes from Gorton’s Farm Supply and the only coffee available is what’s brewed at the Downtown Café. However, it doesn’t take long for her to become attached to the people of Prestons Mill with their blunt honesty and strange speech or to reluctantly fall for the boy who kissed her under the apple tree when she was only ten. He’s grown into an intriguing man with problems of his own.

JT Preston is burdened with his family’s past sins, sins that prevent him from seeking the life he’s always envied and longed for. Annie thinks this is nonsense, too, and sets about bringing Meg and JT together, but nothing is ever as easy as it sounds.